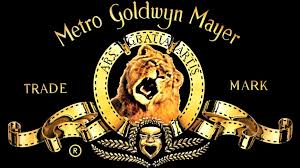 Colin is a BAFTA award winning screenplay writer as well as a lecturer in the History of Film, author and producer of TV series such as Lovejoy and Wish Me luck.

Illustrated with film clips from the period, he described how small film companies gravitated to California because of its perfect backdrop of sun, sea, mountains and desert. The first studios were controlled by creative immigrants, three of whom – the Metro Corporation, the Goldwyn Corporation and Louis Mayer – clubbed together to form the highly successful Metro-Goldwyn-Mayer Inc – better known as MGM.

The 1920s silent films were all about faces. “Stars” like Greta Garbo came from Europe and didn’t need to speak English, but during the 1930s with the arrival of sound everything changed and the new stars were home grown, coming from the theatre. Musicals were the most popular films and actors needed to be able to sing and dance. Despite being the last to embrace sound, MGM was a massive smooth production machine rolling out 52 films a year with a fantastic array of stars such as Joan Crawford, Jean Harlow, Cary Grant, the Marx Brothers as well as child stars like Mickey Rooney and Judy Garland who, as Colin cleverly showed through a pastiche of clips, appeared time and again in almost identical themed musicals which the public loved.

MGM was considered the best in the business and its success was down to its size with over 4000 employees and hundreds of stars on permanent contract, but also because of the brilliance of its Production Set Unit headed by Cedric Gibbons, costume designs by ‘Adrian’, Music Unit with Arthur Freed and of the course camera work.

The WWII years were the supreme commercial Golden Years of  Hollywood, but by the 1950s  MGM’s star began to wane with TV on the rise, despite such successes as “Singing in the Rain” and “An American in Paris”. Their last great film was “Gigi” (1958) in which Maurice Chevalier and Hermione Gingold sing that delightful song “I remember it well”. We certainly did and thoroughly enjoyed this trip down memory lane as well as the many fascinating facts that Colin brought to this lecture.