This special interest day consisted of a series of three lectures, the first lecture covered the first two millennia of Chinese cultural history up to 1000 AD, the Second from 1000 AD to 1644 and the end of the Ming Dynasty, while the third continued from 1644 Qing Dynasty up to 1911. 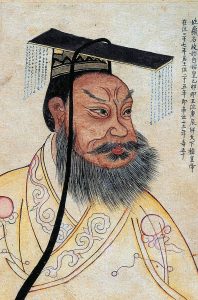 China was known  as the “Middle Kingdom” for as far as the Chinese were concerned it WAS right in the center of the world – the middle as they knew it.  The fertile agricultural heartland  was in the South, Xian and along the Yellow River, where wheat was grown, while rice was grown in the north. The Shang dynasty (1600-1046 BCE) became known for its calligraphy and beautiful crafts in porcelain, bronze and jade.

Anne Haworth took us on a long and rich journey through the key arts and crafts of each of the major dynasties of this period, illustrating her talk with slides of the exquisite works of pottery, bronze and jade and explaining what they meant in their depictions of nature, particularly mountains, trees, flowers and birds.

Qin Shi Huang (259-210 BC) was the “First Emperor” and responsible for creating the amazing “Terracotta Warriors” to protect his tomb after his death. Also at this time the “Old Silk Road” was opened up towards the West, thus horses, the lute and carpets were brought to China.

This was the golden age of the Silk Road and of the ideals of Confucianism, where the Emperor’s (Huizong 1100-1126) mandate from heaven was to be good, strong and virtuous. Calligraphy was considered the highest form of art and the four treasures of the scholar’s studio were pen, brush, ink and paper. Beautiful gardens were created, as microcosms of the Universe, like the Master of the Nets Garden in Suzhou where rocks represented the forces of nature. 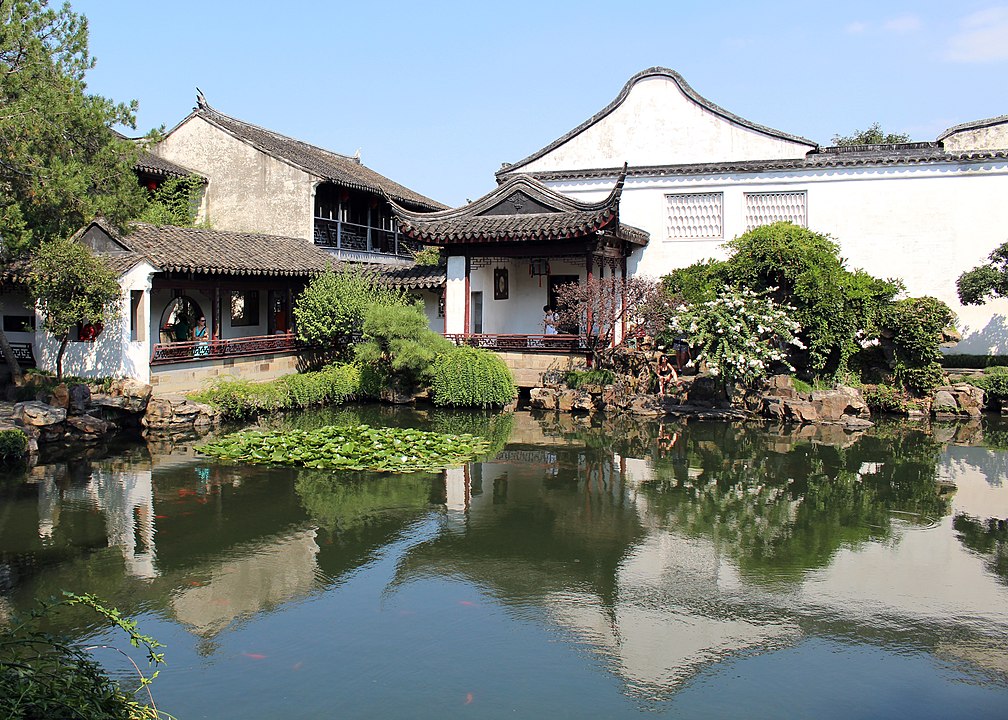 Paintings of delicate birds and flowering branches with no context illuminated by light were considered the essence of beauty and simplicity. Many scholars were Mandarins who prioritized the appreciation of art and antiques.

The arrival of the Yuan Mongol Dynasty (1271-1368), led by Kublai Khan meant that China became less centric and traded widely with the West which influenced their arts and crafts of delicate paintings on silk and finely carved jade. Beautiful blue white porcelain became popular and was exported to the West.

This was also the period when the Forbidden City was built (1406-1420) for the Emperor and his households with its 8,886 rooms and furnished with the most beautiful lacquered furniture and artifacts using much gold.

The Qing dynasty started out strong. The influence of the Manchus from Manchuria meant that hair styles changed so that the hair was tied up in a top knot hidden by a tall hat. Binding the feet of Chinese women was a sign of wealth and a status symbol  (as were long fingers nails which were also a sign of elegance) but Manchu women did not bind theirs. Porcelain developed further with the making of “red porcelain” from colloidal gold and the export of exquisite silks, porcelains and intricate jade carvings were exported  to the West. But the West particularly wanted tea and greater access to Chinese ports. The 19th Century saw a power struggle between China and the West caused the Opium Wars. The Qing Empire was slowly disintegrating and the Last Emperor Puyi was forced to abdicate in 1912 and leave the Forbidden City. The dawn of China as a Republic had begun. 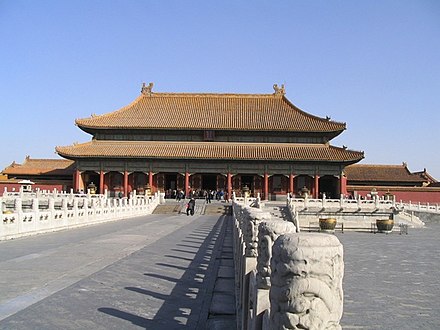 Anne Haworth did an extraordinary job of covering 3000 years of Chinese Cultural History in her 3 three lectures, expertly weaving together the history with the art and crafts. It really gave us an excellent sense of the development of China during that period.