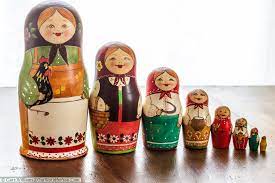 When Winston Churchill defined Russia as ‘a riddle wrapped in a mystery inside an enigma’ , perhaps he was thinking of the smiling matronly figure painted on Russia’s wooden dolls, which open up to reveal a whole family of smaller dolls.  But if you believe that the matryoshka doll is as old as legends about the firebird, prepare to be surprised. This lecture delves deep into the Russian soul. The oriental splendour of St Basil’s, the delicate “lace” patterns covering the facades of traditional Siberian houses, and the dazzling creations of Faberge’ all bear witness to the creative genius of a nation with an intense love of beauty, bright colour and intricate decoration. 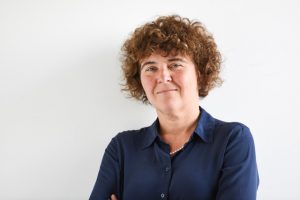 Rosamund Bartlett a writer, lecturer and translator whose work as a cultural historian ranges across the arts. She completed her doctorate at Oxford and is the author of several books, including biographies of Chekhov and Tolstoy, and a study of Wagner’s influence in Russia. She is currently writing a history of the Russian avant-garde. Her new translation of Anna Karenina for Oxford World’s Classics was published to acclaim in 2014. She has written on art, music and literature for publications such as The Daily Telegraph and Apollo, and received commissions from institutions including the Royal Opera House, Tate UK, and the Salzburg Festival. Her lecturing work has taken her from the V&A and the National Theatre in London to the Art Gallery of New South Wales in Sydney, and she contributes regularly to Proms events and opera broadcasts on the BBC.