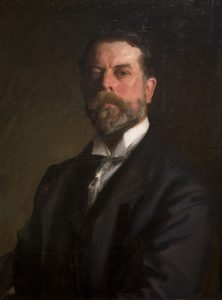 Sargent’s life was full of movement – born in Italy, studied in Paris, painted portraits in London, produced oils and watercolours in Venice, was a First World War artist and spent his later years painting murals in Boston. This lecture looks in depth at his amazing portraits, analysing just how he captured the character of his sitters and looking back to van Dyck and Gainsborough. It will also look at his Venetian oils and sparkling watercolours as well as his paintings done in the Alps and his wartime watercolours. He was a master in both oils and watercolours as well as being a charming, musical and cosmopolitan man. He played the piano and guitar to a professional standard; he was a fluent linguist and he became an international figure, known in Paris, London, Venice  and the USA. He refused a knighthood and the Presidency of the Royal Academy in London, continuing to paint until the day he died in his studio in Chelsea in 1925. 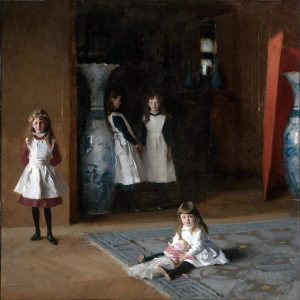 Julian Halsby studied History of Art at Cambridge and was formerly Senior Lecturer and Head of Department at Croydon College of Art. His publications range from Venice – the Artist’s Vision (1990,1995) to Scottish Watercolours 1740 – 1940 (1986,1991). A practising artist, he was elected to the Royal Society of British Artists in 1994 and appointed Keeper in 2010.