Members of the society were taken on a trip down Memory Lane when, after two postponements due to Covid, Tony Rawlins came to give his excellent and entertaining talk “Baroque on a Roll’, to an extremely appreciative audience.

Reminding us of the immense power music has to influence mood, Tony began by saying that 60% of under 35 year olds listen to Classical Music and that 18 – 25 year olds account for more than a third of the listening time on Classic FM.

Access to Classical Music has never been easier. Online streaming has created the ability for people to access all genre of music anywhere and at any time. Some of the most popular pieces of Classical Music, according to polls, have been music used in video games – a media which exposes vast numbers of mostly younger people to it. There is no doubt that the exposure of music through a variety of modern media sources has helped its popularity to flourish. 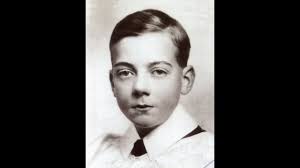 Tony alluded to the simplicity of the way that a famous recording made in 1927 of choir boy Ernest Lough, differed from modern methods. Ernest stood on two books to raise himself up to a single microphone and the recording was made in one ‘take’ whereas nowadays the process is far more complex involving multi-tracking, over-dubbing, clever editing and so on.

It was interesting to be reminded that Chamber Music written by Baroque musicians such as Bach and Handel, was originally written for a very small orchestra to play in a small room or chamber. Much of this and other music is now used in an ever increasing range of ways enabling it to be heard by vast audiences engendering far greater popularity than when it was written.

Take Ravel’s Bolero for example, few people had heard this prior to the Winter Olympics in 1984 when Torvill and Deane used it for their winning ice skating routine which was viewed around the world by millions of people. Likewise, Pavarotti singing the aria ‘Nessum Dorma’ from ‘Turandot’ for the 1994 World Football Cup, led to Puccini’s music becoming one of the most well know classical tunes of all time.

The audience were shown extracts illustrating the use of classical music to heighten emotion in film. Film makers used it extensively in the first ‘Talkies’ as it was copyright free. 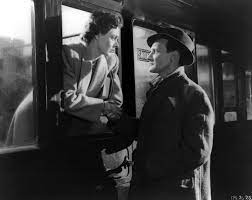 Who does not remember how Rachmaninov’s Piano Concerto number 2 being played in David Lean’s film ‘Brief Encounters’ added pathos? The use of Mozart’s aria ‘Duettino Sull’aria’ in the film ‘Shawshank Redemption’ is surely one of the most awe inspiring moments in modern film and brought the beauty of the piece to a new audience.

There followed several examples of the use of music in advertising: The New World Symphony in the Hovis advert; The Flower Duet from Lakme by Delibes used in the BA commercial; Air on a G String by Bach used in at the Hamlet ad. – all very familiar to the audience.

Finally Tony cleverly demonstrated with both recorded music and his own guitar playing and singing, how numerous pop stars and musical artists have taken phrases from classical music in order to create their own tunes thus taking the original classics into a new era.