After 6 years in the organising, 53 members of our Society finally made their way to Westminster Abbey for a musical tour led by the Purcell Club. 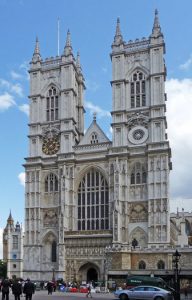 The Purcell Club’s members are mainly former Choristers of Westminster Abbey. There are about ten tours a year which offer a unique opportunity to see the Abbey in the quiet of the evening, and raise thousands of pounds for charity and to help with the massive upkeep of the Abbey. A note of interest is that Henry Purcell, the eminent composer and organist, was one of the organists at Westminster Abbey in the 17th Century. Henry Purcell is buried in the Abbey. There are also the tombs of fifteen kings and fourteen queens in the Abbey. 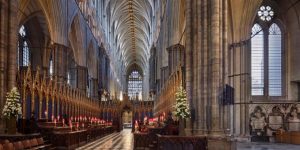 We then moved to the 13th Century Quire and sat in the beautiful choir stalls to hear more interesting history and music. In the Quire is an impressive 102 ft vault, the tallest in the country. Next, we walked to the Sacrarium and the steps to the high altar,  in front of which is one of the Abbey’s most precious possessions – a medieval mosaic pavement built in the Cosmati style. Behind the Sacrarium is the Shrine of St Edward the Confessor, one of the few Shrines in Britain still to contain the body of a Saint. In 1540, at the Dissolution of the Monasteries, the monks dismantled the Shrine but rebuilt it when Mary came to the throne and re-established the Roman Catholic faith. From there we were  guided to the Chapel of the Order of the Bath with the most amazing ceiling of architectural design, and where the knights’ banners hang over the stalls. 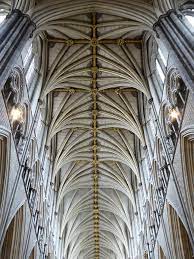 The evening included a short organ recital by one of the Abbey’s organists on the Abbey’s organ, which was installed for the coronation of King George VI in 1937 and has since been regularly upgraded. It is now one of the largest organs in the country with more than 7000 pipes.

Poets’ Corner is nearby and includes the memorials of Shakespeare,  Oscar Wilde and Sir John Betjeman to mention a few. 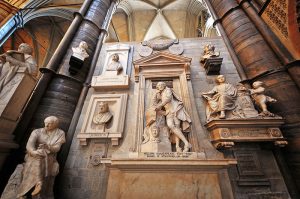 The Coronation Chair, which was made in 1300 and has been used at nearly every coronation since then, is on display in St George’s Chapel at the West end of the Abbey, but without the stone of destiny which at present is in Scotland and hopefully will be returned for King Charles’ Coronation in May.

It was particularly poignant to finish our evening at the tomb of the unknown warrior, the burial site of a soldier brought home from France in 1920 to, as the inscription says, “lie among the Kings because he had done good toward God and towards his House”.