Norfolk has long been the seat of wealthy and famous families who acquired estates there and built some of our most magnificent houses. We will have the opportunity to visit, in the company of a Blue Badge Guide, the Palladian magnificence of Holkham Hall, the moated romance of Tudor Oxburgh Hall and the Jacobean beauty of Blickling Hall and its gardens. All three are listed by Simon Jenkins, in his major work England’s 1000 Best Houses, as being in the top 100 houses in England.

An undoubted highlight of the tour will be our visit to Her Majesty the Queen’s country home at Sandringham, now also home to the Duke and Duchess of Cambridge. Speaking of which, on our way back, we shall visit Cambridge for a guided walking tour, including the world famous King’s College 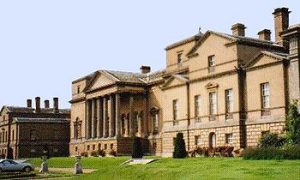 Our base will be in Norfolk’s capital, Norwich which has claims to have been England’s second city until the Industrial Revolution. We shall have a guided walking tour of its rich heritage and stay in the 4* Maids Head Hotel. Believed to be the oldest continuously operating hotel in Britain, the Maids Head has a very good reputation and is ideally located near the Cathedral in the centre of Norwich.

* 3 nights’accomodation with breakfast at the

* Dinner on the first night and a gala dinner on

* A Blue Badge guide for two full days and a guide

* Entrances, save for Blickling and Oxburgh (both