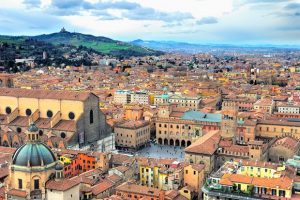 I am pleased to announce details of our 2017 tour to Italy. While many of you may have been to such major Italian cities as Rome, Florence, Naples and Venice, perhaps fewer have visited Bologna and the surrounding towns. Yet this region is packed full of old, historic, largely unspoiled and culturally fascinating towns, many with World Heritage Sites. It’s also famous for good food!

ITINERARY
Our 6 day, 5 night tour will be based in Bologna, capital of the Emilia Romagna region. It’s an attractive city with a medieval heart and Europe’s oldest university. We will also visit:

OPTIONS
The programme is a full one and there will be quite a bit of walking. But you always have the option of ducking out of any day tour if you just want to relax in Bologna (possibly with shopping – Bologna is rather good for shopping!).

Alternatively, you could choose to do something different one day. If you want to visit Florence, for example, then it’s less than 40 minutes by train from Bologna. Similarly, the train takes only 25 minutes to Modena – the home not only of Pavarotti but also ………..the Ferrari Museum, reportedly a mecca for any gentlemen (or ladies) who are car enthusiasts. Just let me know if you want any help planning a day trip of your own. 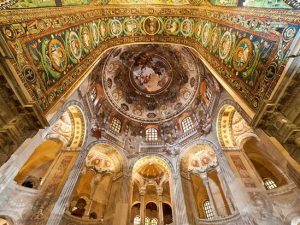 HOTEL (Website: http://www.hoteltouring.it/en/)
The Touring is a well-reviewed family run hotel close to the centre of Bologna, with easy walking to shops, restaurants and sites. I’ve spoken to two other NADFAS Societies who have used the hotel and they both spoke well of it. Note that it’s in an old building; so rooms will vary in size and shape. As ever, single travellers may find they have either a single room or a double for single use.

MEALS
The hotel does not offer meals other than breakfast. Dinner on the first and last evenings in a nearby restaurant is included. On the other evenings, you can dine where you wish. I will be happy to arrange a group booking for anyone who wants to have dinner with others on any of those nights. Our guide will show us the best places for lunch.
WEATHER
Should be good sightseeing weather – on average expect a fair amount of sunshine, some rain but not too much. Max daily temperatures of about 20 C (68F), dropping to about 12 C at night.

PRICE*
£869 pp sharing. Single supplement £99. You make payments to Tailored Travel, who operate the tour for us. They have many years’ experience and we have used them before.

INSURANCE
You must have travel insurance. Either arrange your own or take out the one offered by Tailored Travel at £36.