Since 1986 Timothy Walker has given 1,500 public lectures, primarily as part of his work as director of the Oxford University Botanic Garden, a post he held from 1988 to 2014. Since 2014 he has been a college lecturer and tutor at Somerville College Oxford. 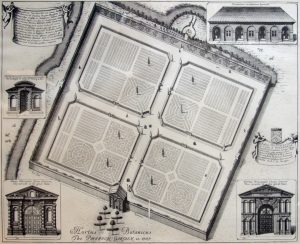 This may sound somewhat dry and academic, but Timothy’s talk was anything but. The audience – which included more guests than usual – was entertained as well as educated, with regular spasms of laughter. Who knew plants could be so amusing!

Despite being used for thousands of years, the role of plants in modern medicine is still considered to be peripheral by many people, with words such as “complementary” or “alternative” frequently bandied about. This talk set out to put the record straight and to show that plant products are used every day by all of us, to relieve pain and suffering, to heal wounds, and to cure diseases.

Mankind has exploited the medicinal properties of plants for thousands of years, and even in this modern age we use plant-based preparations constantly – aspirin, and its derivatives, comes to mind most readily, but up to 50% of NHS prescribed medicines are linked to plants in some way although these days synthetic products with similar molecular structures have taken the place of directly plant-derived medicines. However, Dr Walker stressed that he is a plantsman rather than a chemist, and we quickly returned to the topic as given.

An amazing number of plants and trees were mentioned, some of them expected, some of them surprising – who knew that a well-established treatment for cancer was derived originally from the bark of the North American yew, until increasing demand meant that supply was being killed off? 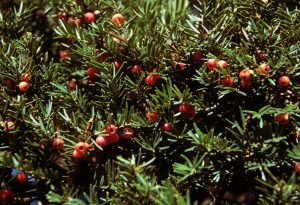 Fortunately, it was discovered that the needles of the English (or European) yew tree  substituted very well. Who knew that, not very long ago, you couldn’t buy King Alfred daffodils, because so many bulbs were being used to make Galantamine, a drug that slows the progress of Alzheimers? And even those daffodils were taking the place of snowdrops, which had proved difficult to use in volume?

There was little opportunity to cover the enormous field of traditional Chinese plant-based medicines, but we did learn something of morphine, codeine, gingko (to be used for chilblains, not for dementia), artemisia (for malaria), and other wonders – but not including echinacea, which it seems the NHS won’t prescribe because no-one’s sure how or why it works. 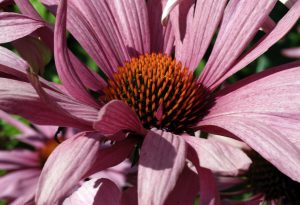 The audience would have been happy to go on listening, but this excellent speaker knew when to stop, leaving his listeners wanting more. Perhaps there’ll be another time?

Our next TASG talk will be The Forensic Eye: Find your Inner Connoisseur by Chantal Brotherton-Ratcliffe – How do dealers, auctioneers and museum staff determine whether a piece is by one painter or another? What role does the signature play, and what are the key clues to look for when deciding who painted the picture? Artists before the 18th century usually worked with a number of assistants around them, who were trained to reproduce the style of the master as closely as possible. How can we study these workshop productions, distinguishing between master and pupil, master and copyists? In this lecture, we consider clues, weigh up their relative usefulness, and learn some of the tricks of the connoisseur.