During the first week of  October, Graphic designer Howard Smith gave an entertaining overview of the history of documentary making in his Youtube talk ‘The GPO Unit – Birth of The Documentary’.

Members learned that the earliest english ‘documentaries’ were simply made by film makers setting up a camera and filming people going about their everyday lives. Footage was shown of workers coming out of factory gates, fishermen on a trawler and schoolchildren being marched past a camera. The ‘performers’ were able to see these films at the fairground which subsequently raised a good revenue for both the filmmakers and the venue.

In 1926, The Empire Marketing Board was set up in order to ‘promote British world trade and unity throughout the empire’. Thus the ‘documentary’ as we know it today was born. 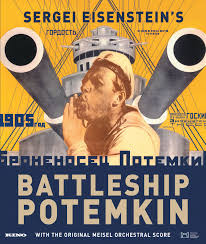 A key player in this was John Grierson (1898 – 1972). His promotional film ‘Drifters’ (1929) about the herring industry and fishing fleets proved very popular. ‘Drifters’ was first shown alongside ‘Battleship Potemkin’, a fictitious film made in documentary style by the Russian Director Sergei Eisenstein. The latter film was banned in most countries outside of Russia, for fear its impact would incite mutiny and revolution.

Grierson later joined the General Post Office and set up the GPO Film Unit, making 129 mostly educational films in six years. During the talk, several extracts of these key films were shown, including: ‘The Granton Trawler’; ‘A King’s Stamp’; ‘Coalface’ and ‘Love on a Wing’. Perhaps the most memorable extract seen was from‘ Night Mail’ (1936). 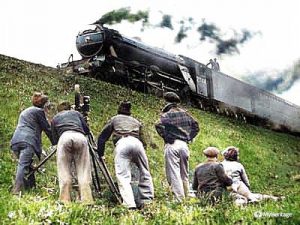 When released it was not only immensely popular, but was also the only film to make it into the Cinema Circuit. Made by Grierson, with music composed by Benjamin Britten and poetry written by Auden, this told of how the unique train had forty full time employees and carried 500,000,000 letters a year. Some of us felt slightly envious that the night mail was so efficient, that not only could you expect to receive your letter the following day, but also the timings of the journey were so precise that people along the line were able to set their watches by it.

Overall, one could not help but marvel at the quality of some of these old films which had been expertly edited together by Howard Smith.

At our next meeting on Thursday 5th November at 2.00 p.m. online, Jacqueline Cockburn will talk about how Sorolla created a world full of light and colour in ‘Joaquin Sorolla: Painter of Light’.