What is impossible to do on a “real visit” in one day to this magnificent and exciting city, we can do with computer images today. Eveline Eaton will give us three lectures. 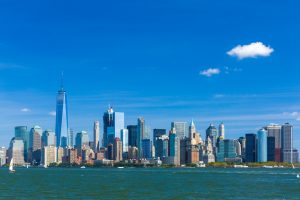 Ever since the horrific events of 9/11,  there has been an architectural renaissance in New York which is unequalled in the rest of the world. The traumatic events  then and now did not result in this dynamic city and its inhabitants giving in to terrorist attacks. Architects from all over the world have been invited to make their mark in New York.

Session Two:  The Metropolitan Museum and its associated Cloisters Museum

We start looking at the great variety of art-works in the Metropolitan Museum and its  associated Cloisters Museum in the northern Fort Tyron  Park. The treasures of these two museums will allow us to follow the chronological sequence of artistic manifestations during the past centuries – mainly in Europe, but also in the Far East and in the New World.

Session Three:  The Frick Collection; the Guggenheim Museum; the Museum of  Modern Art; the Whitney Museum of American Art; the Highline and Hudson Yards.

The beautiful Frick Collection is in a private home converted into a sensational museum with important paintings hung in rooms furnished with exquisite traditional furniture.  The nearby Guggenheim Museum is the only museum design in Frank Lloyd Wright’s oeuvre, featuring some striking European works of modern art. For a more comprehensive collection of international modern art we go to midtown to visit the Museum of Modern Art (MOMA). Downtown on the SW side of Manhattan the new Whitney Museum by Renzo Piano which tells us the story of American art.

After all this mental stimulation, we are in dire need for some physical exercise: a walk along the nearly 2 mile long High Line will satisfy this demand and reward us with magnificent views all round. We’ll end up in Hudson Yards where Thomas Heatherwick’s sensational designs of city environments are in the process of being built.… a fitting end to our exploration of New York’s Art and Architecture. 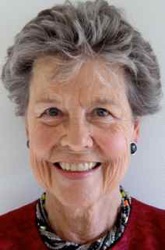 Eveline Eaton grew up in Berlin but after moving to England studied fine arts in London, where she took her degree at the Courtauld Institute. She is a freelance lecturer in Fine Arts and a tour guide to Berlin, Dresden, Munich, the Cote d’Azur, Normandy – and, of course, NewYork. She is Chairman of the Board of Trustees of the Dresden Trust and has been for many years been a lecturer for the Arts Society.