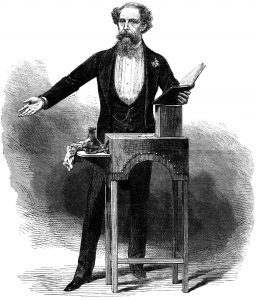 Charles Dickens has often been proclaimed as “The Man Who Invented Christmas” and indeed on hearing that Dickens had died, a cockney barrow-girl said: “Dickens dead? Then will Father Christmas die too?”  Dickens revived the Christmas traditions with his warm portrayal of Christmas in the domestic setting; with plum pudding, piping hot turkey, games, dancing  and family cheer by the hearth. Although he celebrated Christmas in numerous works it is his enduring master piece, ‘A Christmas Carol’ published on 19th December 1843 which immortalises the spirit of Christmas Cheer. Dickens was a man of extraordinary energy and talent: literary genius, reformer, public speaker, actor and amateur magician.

In his lecture Bertie Pearce reveals a Dickensian Christmas with readings, biographical details and conjuring tricks. 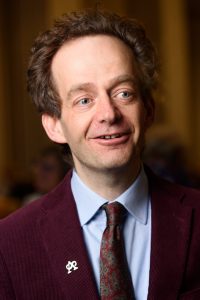 Has a BA (Hons) in Drama from Manchester University, and a Diploma Internationale from the École Internationale du Théatre, Jacques Lecoq. A member of the Inner Magic Circle, with Gold Star. Past experience includes lecturing and performing on cruise ships, and to U3A, historical societies, festivals, schools and colleges. In addition, has toured the world with a magic cabaret show and a one man show entitled All Aboard. Has written articles for newspapers and magazines on entertainment and theatre.