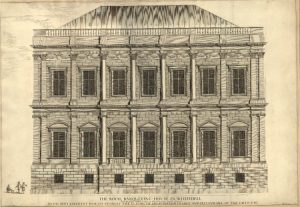 Our coach will take us to the Banqueting House in Whitehall. Designed by Inigo Jones, it is one of the finest examples of neo-classical architecture, influenced by Palladio, in Britain. It formed part of the old Palace of Whitehall, created by Henry VIII when he took over Cardinal Wolsey’s house, York Place.

The ceiling of the Banqueting House is a masterpiece dating from 1636 and the only surviving in-situ ceiling painted by Sir Paul Reubens. It is also one of the most famous from a golden age of painting. The ceiling was one of Charles I’s last sights before he stepped outside for his execution on the balcony in 1649. 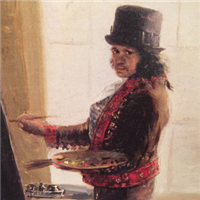 Then we go to the National Gallery for a private one hour lecture on Goya and the exhibition. After lunch, we visit the exhibition of Goya’s portraits. He was a supremely gifted portrait painter with the ability to reveal the character of his subject. The exhibition will trace Goya’s career from his early beginnings at the court of Charles III in Madrid to his appointment as First Court Painter to Charles IV, through the the difficult period under Joseph Bonaparte and then Ferdinand VII, which nevertheless saw some of his finest work and then his final years in France.

For the first time this exhibition brings together more than 50 of his most outstanding portraits from around the world, including drawings and miniatures. It will explore Goya’s ambitions and development as a painter and his innovative and unconventional approach to portraiture. which often broke traditional boundaries.