From the late 1850s to the mid-1870s a new craze gripped the world. Photography had just begun to be popularised and suddenly nearly everyone could afford a portrait of themselves to share with others. These small photographic portraits mounted on card were shot professionally in studios and handed out like business or greetings cards – just like we share ‘selfies’ on today’s social media. Across nearly two decades, over 400 million cards were estimated to have been printed and shared with friends, family and fans. We think that we invented the ‘selfie’, but we didn’t – welcome to the Victorian carte de visite.

In this highly visual and relevant lecture, we’ll look at the rise and fall of the fashion, learn how these cards were used, and find ways of dating cards from clothing and hairstyles. We’ll examine in detail the hidden meanings behind the poses, facial expressions, backgrounds and choice of clothes, to reveal the fascinating histories behind these cards that were used by everyone from royalty to the man in the street. 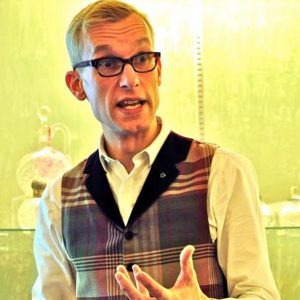 Mark Hill studied History of Art & Architecture (BA Hons), and began his career as a porter and Junior Cataloguer at Bonhams, before moving to Southeby’s where he was a Specialist in the Collector’s Department. He became a director of an internet company forming and running a ground-breaking deal with eBay Live Auctions. He was co-author of the internationally published Collectables Price Guide with Judith Miller from 2002-2017 and founded his own publishing company in 2005, subsequently publishing over 12 books on specialist subjects in 20th century design and decorative arts. Mark has been a Miscellaneous expert on the Antiques Roadshow since 2007 and has co-presented three primetime factual TV series on antiques and collecting for BBC2. He is operations Director of Ronati UK, an internet company offering innovative digital services to the antiques industry. Mark has lectured across the world, including at the V & A in London, and contributed to many newspapers, magazines, radio and TV programmes. He is also a Freeman of the Worshipful Company of Arts Scholars and a Freeman of the City of London.