This lecture explores the archaeology and history of Albania.  A country in the heart of Europe but locked away for fifty years under its communist dictator, Enver Hoxha. Its rugged, green and mysterious landscape has been home to waves of civilisations (Illyrians, Greeks, Romans, Venetians and Ottoman Turks) over thousands of years.  In this talk we will follow a team of archaeologists working at the site of Butrint to unlock the secrets buried in its soil. The more recent history of the country will also be revealed, from the Ottoman fortress town of Gjirokaster, high in the mountains, its great stone houses decorated with frescoes and fabulous carved woodwork, to the legacy left by the communist regime.

Louise worked in this extraordinary country from 2000-2006 – principally at Butrint and Gjirokaster. Her restoration and conservation project for Gjirokaster achieved UNESCO World Heritage Site listing for the town in July 2005.  Every August she returns to Albania to join her former students in their current excavations at Butrint. 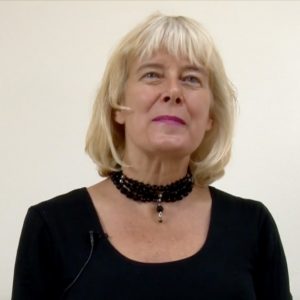 Louise Schofield is an archaeologist who was Curator of Greek Bronze Age and Geometric Antiquities at the British Museum from 1987-2000.  Her book, The Mycenaeans, was co-published by the Getty Museum and the British Museum in 2007. She now writes, lectures and runs international archaeological projects – previously in south-eastern Turkey, Greece and Albania and currently in Ethiopia. And rather wonderfully she has just been appointed Visiting Professor of Archaeology at the American University of Rome.